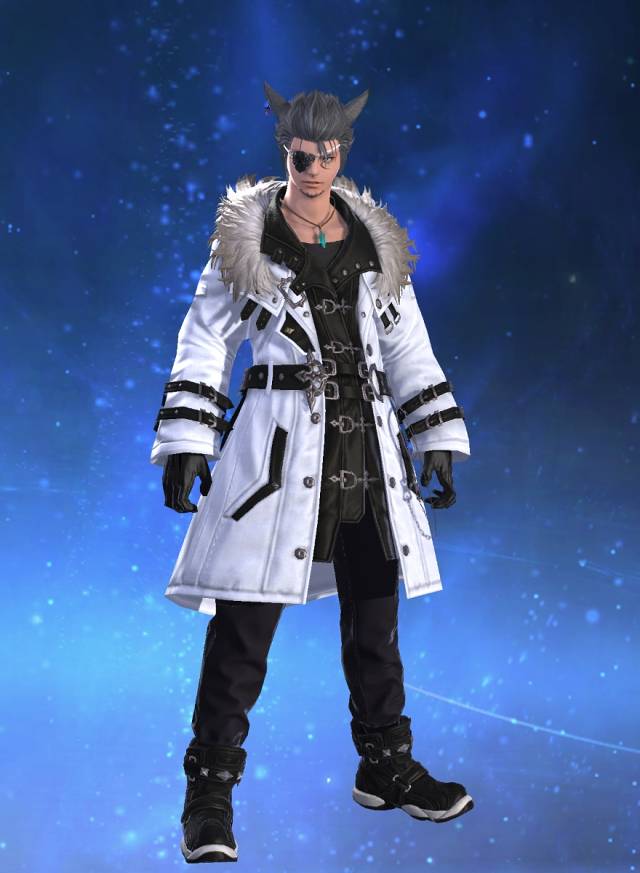 Born of House Somnium to a Elezen Lord and an Hyur Dragoon Captain.
Fenris Lucis Somnium against all odds was born a half breed.
Raised above the in the Pillars the young master lived a nobleman's life as a child. His mother trained him to be proficient in all arms. While his father instructed him the strategies of great tacticians and the art of war.

All was lost on that tragic day 1571 of the 6th astral era- When Garleans invaded Somnium occupied territory. Allied Ishgardian forces from the Holy See abandoned the frontlines allowing the enemy to surround their forces. House Somnium was easily slaughtered in a day. Upon witnessing the death of his mother by the blade of Nael Van Darnus, the spirit of Fenrir was invoked and the wolf's aether poured into Fenris altering his physiology with more wolf like features- akin to Miqo'te.
With great efforts of those loyal to house Somnium- these heroes sacrificed themselves to save the boy allowing his escape.

Rescued by a Dragoon of House Haillenarte a Rose Knight. She offered him a job as her squire. Taking the name of Snow, in turn teaching him further proficiency in polearms- in little time did he become a full fledged dragoon.

It was in his second mission did he encounter a Great Wyrm by the name of Zarakon. A Wyrm imbued with time magicks- Had chosen the Dragoon.

At the moment when Dalamud reached critical point releasing Bahamut did Zarakon send the Dragoon into a rift in time, leading him on an arduous path traveled ought too long.

Five years did it take for the rift to open returning our Timeworn Dragoon. At the same time did the Warriors of light return.
And so their adventure began.

Returning to Ishgard a dragoon captain due to Ser Aymeric's orders- he commanded the Winged Dragoon Corps performing various missions and sorties against the most brutal of hertics and dragons.
Only after learning of Ishgards betrayal did Fenris denounce his ties to Ishgard fighting for no man nor banner. He wandered the lands until he was called upon to fulfill his purpose.

Upon purifying his soul gem did Longinus react leading him on a pilgrimage to ascend to Holy Dragoon Knighthood.

And so the days continue on, adventures everlasting.


Personality: Clearly a man of high morals. Taciturn and reflective, a gentleman well-liked by all.