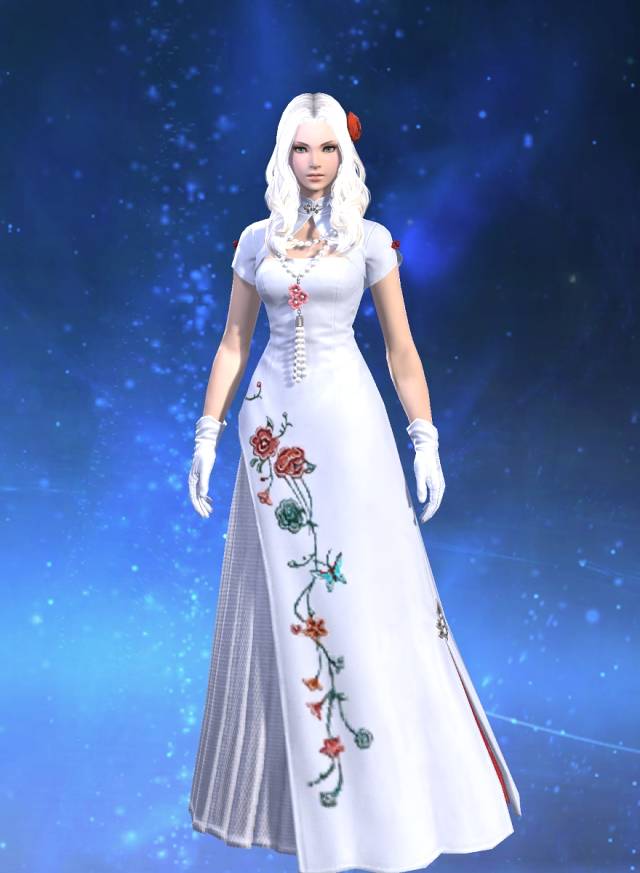 Faye Covington is a conjurer and noblewoman hailing from the Twelveswood, forced to venture out into the world with the sudden and mysterious destruction of her family home at the hands of Imperial forces following the Calamity. She was reunited with her adopted brother, Zularti, who convinced her to form a free company with him, the Harbingers of Dawn. A couple years later, Zularti was killed in a rescue mission to retrieve Faye's fiance from Garlean clutches, and following his death, Faye eventually decided to disband the company, instead settling down to run a teahouse... that doubled as an information brokering business.

Faye appears every bit a "proper lady" by most counts, polite and pleasant. She exudes a calm confidence, certain of herself and fazed by few things. Eloquent and charming, she is skilled at using her words and wiles to get what she wants. The fair lady is ambitious--dangerously so, when she sets her sights on something. For all her usual manners and etiquette, she is not beyond being snide with those who annoy her, and sometimes downright ruthless to those who truly earn her ire. While many might assume her dainty and demure, the Hyur proves to be anything but meek or fragile. While she may not be physically strong and her conjury levels out at average, her true talents lie within her social prowess and her skill for reading others and provoking her desired reaction from them. Though her goals are fortunately /usually/ benevolent, she is scheming and manipulative, an approach that often rubs others the wrong way if and when they catch on to her machinations. For those on her good side, however, she is a stalwart and fearless ally, generous and sympathetic, even if rather standoffish and private about her own life and feelings.

Standing at 5'8", she is rather tall for a Midlander woman, with a slender but softly feminine figure. She is well-groomed, her attire carefully chosen without a stain or wrinkle, the fine fabrics and the formal and often modest cuts of the garments easily marking her status. She keeps a perfect posture, body language typically calm and gestures controlled. Pale skin, ivory colored hair, and a fondness for white and pastel clothing grant the woman a fair visage. Her eyes are a keen, light blue, the lack of pigmentation tinting them violet or pink/red in the right lighting. Plump, pink lips and a wide, button nose stand out upon her face. Her left hand is a Magitek prosthetic, a fact always concealed behind a pair of gloves.

Faye is engaged to her former bodyguard, an unruly Miqo'te man named Val who seems to be in every way her opposite. She has a love for tea and a hatred for loyal Imperials.