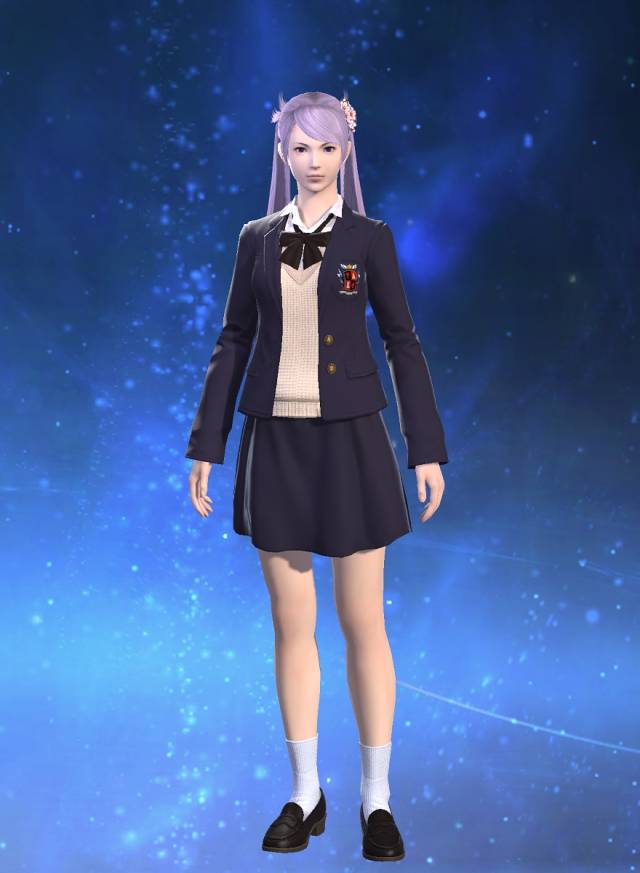 Aoba Suzukjaze (涼風 青葉) is a rookie Character Designer and a part of the company Eagle Jump. She has a cheerful personality and is very polite. She strives to do her best for the company Eagle Jump. She has a childish side to her, especially when it comes to things that she likes, such as her favourite games. She is hardworking, and is loyal to her friends. Because of her earnest personality, she is able to earn the respect and trust of both her colleagues and her superiors in the company.

Aoba looks like a middle school student which is often pointed out by her friends and co-workers. Her hair and eyes are both light purple. Aoba is often shown wearing a suit that she bought during her last year of high school, which is supposed to make her look like a mature woman, only for others to comment that she looks more like a middle school student than a mature woman.

In Final Fantasy XIV, Aoba uses her time in Eorzea to be inspired to design new characters for games published by Eagle Jump. Her home state is Gridania but she resides in Limsa Lominsa. By sleeping in the Mizzenmast Inn, she is able to wake up on Earth and resume her duties in Tokyo. When she returns to bed at her home in Tokyo, she wakes up in Limsa to do her duties as an adventurer. This way, she is occupied with her passion of game design by not only making characters, but being one as well and learning the functions of each role in FFXIV as a way to be inspired in her character design ability on Earth.